The Sheep will be reuniting for the first time in years and years, to play at Cornerstone Festival 2011′s “Jesus Rally“ celebrating 40+ years of the Jesus Movement. We hope to see you there! Other artists also playing include Barry McGuire, E Band, Petra, REZ (Resurrection) Band, Randy Stonehill, Daniel Amos (DA), Phil Keaggy, Servant, and more! 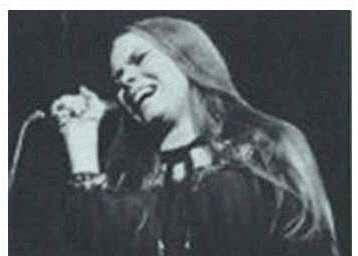 (At left, Mary Damrow strikes classic pose as she convincingly wails as lead singer for The Sheep.)

Jesus People Milwaukee’s lifespan was quite short by some standards, lasting from January of 1971 through June of 1972, when the group split up into various ministries which left Milwaukee. During that short time, however, the creative energies of the counter-culture flowered among the young Jesus People, who published Street Level and who also offered various musicians. Among those were Greg Nancarrow, an accomplished folk singer and writer, and a very young Glenn Kaiser. But the JP Milwaukee band of note was The Sheep. 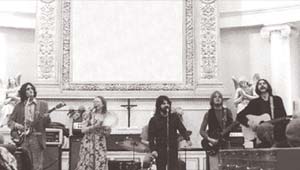 The Sheep, as with many other Jesus folk and rock artists of the time, played in high schools, churches, and parks — wherever they were asked. The time was wide-open spiritually, with questioning young people eager to hear what their contemporaries had found. The Jesus movement’s rapid growth came not in small part because of its counter-cultural willingness to embrace all modes of communication — including those forms frowned on by the mainstream and Evangelical churches.

After JP Milwaukee’s June ’72 split-up (one that happened amicably), Jim and Sue took around 30 Jesus People including The Sheep to Europe. There, the Sheep recorded two albums of what was basically the same play list: 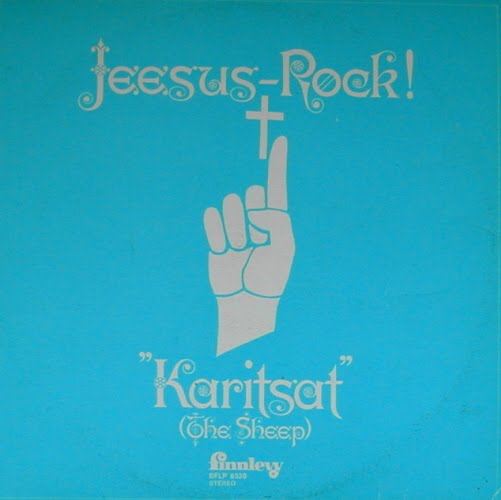 And in England (on Myrrh England) came their self-titled LP, “The Sheep” 1973: 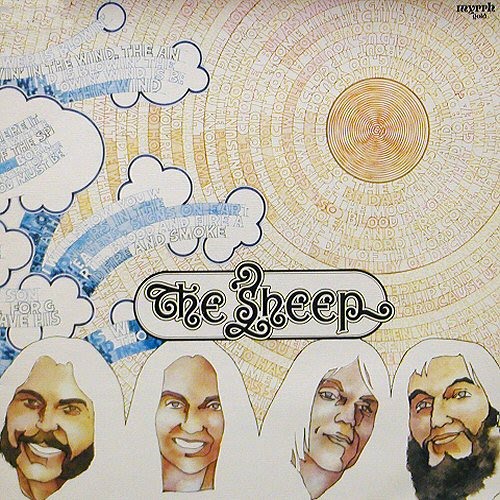 Personnel of The Sheep varied some over time, but included as integral parts Mary and Mike Damrow, Reed Mittelsteadt, Larry “Mo” Barker, and various others. One drummer who played for a time with them in Europe, Nick Malham, is no longer living.

If one had to pit the two albums against one another, the earlier LP’s slightly rougher sound (perhaps due, ironically, to a smaller budget) makes it the pick; favorite song for this writer is “Multitudes,” one of the songs they played both in JP Milwaukee and in Europe. The European-penned “Let the Redeemed of the Lord Say So,” with its children’s choir, comes in a close second. (I’m betraying my rockier-than-some roots, perhaps.)

After the Jesus People Europe group moved to England, they put together “Lonesome Stone,” a rock opera which for a time played in London’s Rainbow Theatre. The Sheep’s personnel formed the core of the show’s music, Mary Damrow in particular being integral as “Queenie.” But that’s a story for another Jesus Movement entry here!

Both of the above Sheep albums are freely retrievable on line. Since members of The Sheep don’t seem to mind, I’ll post links for the time being to both albums but will remove them if The Sheep (or any one of them) doesn’t want the albums made available this way (they are not in print):

Heavenly Grooves (an enjoyable blog for old Jesus music lovers) offers Karitsat and The Sheep in rar format (note: you will need an unrar tool).

If others have additional fun memories, photos, or correctives re information in this post, please do let us know.

Postscript: As we were preparing to publish this article and a companion article about the Jesus People Milwaukee where The Sheep were based, we were informed that Jim Palosaari, who co-founded (with wife Sue) JP Milwaukee, has died. A lengthy post of reminisces from those who remember Jim Palosaari’s legacy as well as an article by Glenn Kaiser about Three Sayings of Jim’s have been created to honor the man.