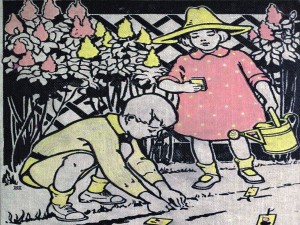 Two college students, a man and a woman, are friends. They each are looking for a roommate to share an apartment with, and decide there’s nothing wrong with the two of them platonically sharing one.

A preacher who is married has grown quite close to another woman on his staff, and spends increasing amounts of time with her. More and more of his congregants notice, and a few dare to mention it to him. He soon afterward announces to his congregation that in some cases God will provide married Christians with a “soul-mate,” someone who is as close or in some ways even closer than one’s spouse. He says this has nothing to do with sex.

A wife who’s husband chronically over-works and comes home mainly to fall into bed and sleep goes online to a Christian chat room. There, she meets a man who talks about his own life’s struggles and who is highly sympathetic to her pain. He, too, is in a painfully dead-end sounding marriage. They confide their sexual struggles to one another. The conversation begins to drift into what they wish their sex lives might look like, even into specifics.

A forty-two year old man whose marriage is in the midst of a rough patch has grown close to a single female fellow-worker. They conceptualize, work on, and complete a lengthy project together, often working long hours in the process. Both of them share increasingly personal and frank information with one another about all aspects of their lives, hopes, disappointments.

The two college students may indeed find themselves frankly unattracted to one another, even in a situation seemingly tailor-made for “accidentally” becoming the proverbial “friends with benefits.” Or maybe they are attracted, unexpectedly. If one or both are Christians, are they safeguarded from failure? Or is their faith one of the least reliable predictors for what will happen?

The preacher with his “soul-mate” — is he a classic sexual predator, using his spiritual position of power and “god-talk” to both succeed at seduction and mute, even silence, those questioning the friendship’s nature? Or perhaps he is sincere, simply blind to the eventual outcome of the “soul-mate” idea? Or, as hard as it might be to believe, perhaps it is possible to have a “soul-mate” friend across gender lines and remain in all purity?

The two people sharing a virtual relationship online…. are they friends? Are they something more than friends? Is a computer friendship more fraught with potential danger than many face-to-face friendships? Have they already crossed the line? Where *is* the line?!

The two co-workers’ relationship started as goal-centered and project-focused. What, in the end, does it become? Merely a companionable but chaste friendship which has personal elements in it? Or does transparency which takes place in a closed environment (minus the man’s wife or any other consistently involved third party) have the aura of sexual inevitability to it?

In these three scenarios and millions of others like them, the tension between being friends and potentially becoming sexually involved is hard to predict. Impossible, in fact. But are there ways to have friends of the opposite gender — even close friends — without making ourselves more vulnerable to sexual failure? 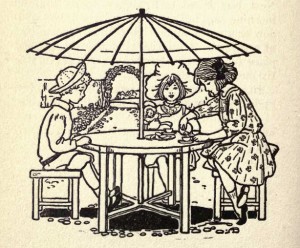 How do we live in deep inter-relationship with one another while simultaneously confronting our sexual dysfunction as human beings? Scripture does, after all, make the point over and over again that human beings are quite prone to sexual sin — adultery, promiscuity, fornication and the rest of a long list. Yet in history and in the present, that real sexual tension in relationships between men and women has been exploited by the forces of patriarchy to oppress women. Some church fathers railed about women’s bodies being “cesspools of sin,” when of course the cesspool was between the ears of the man proclaiming such nonsense.

Recently, in addition to thinking deeply about this as my poor mind is able, I’ve been reading two quite different books on the topic of cross-gender sexual failure vs. freedom in Christ to be fully friends (or if one pleases, intimates in Christ). One book is a therapeutic work by writers whose faith commitment, if any, is not spelled out in the text. The other book is a popular but fairly well-written Christian attempt at creating very deep friendships between men and women. It is interesting to me that the therapeutic book takes a more critical view of male-female friendship and seeks to create safeguards for married couples vulnerable to the end result of careless cross-gender friendships: adultery. The Christian work seems to me blind in key ways to the extent of human brokenness as — news flash! — Christians are also broken people sexually.

How do two people, male and female, balance a sense of friendship and the quite likely presence of sexual attraction? How do we create safeguards to protect our opposite-gender friends and ourselves while also creating safeguards to protect women from the oft-accompanying discrimination the sexuality factor injects into cross-sex relationships? And what of Jesus’ words in Matthew about someone who even looks with lust on a woman (or she a man) is committing sexual sin? In light of that command, is all friendship between men and women just plain out the window? Do we all need brown paper bags to put on whenever we go outside our home, just so we won’t see (and therefore lust after) the opposite sex?

In short, can a man and woman be deeply intimate friends without that intimacy bleeding over into sexuality? And if they can do so, how?!

This is where I am going to leave off! I want YOUR feedback on this issue. Please, tell your stories, offer your opinions, quote Scripture where applicable and don’t be afraid to rant a bit if you feel so led.