A Million Gods on an Elevator: How Going Up Turned Metaphysical

The 1993 100th Anniversary of the World Parliament of Religions… it would be, said friend and New Religions scholar Elliot Miller, a mix of everything from soup to nuts religiously speaking… The gathering place for thousands of worshipers of millions of gods. And it was right in my home town at the Palmer House in Chicago. I suggested meeting up with Elliot at the event, mainly to see him and not for any other reason.

As a skeptic dragged into the Christian Faith by a God who simply wore me down via a mix of mindful reasons and experiential realizations, I continue to deeply value the mind. And so-called “New Age” religions in particular tend to activate a certain incredulity. (For instance, actress Shirley MacLaine’s “Out on a Limb” reincarnation tale remains one of the funniest books on spirituality I’ve ever read… for none of the reasons its promoters hoped.) 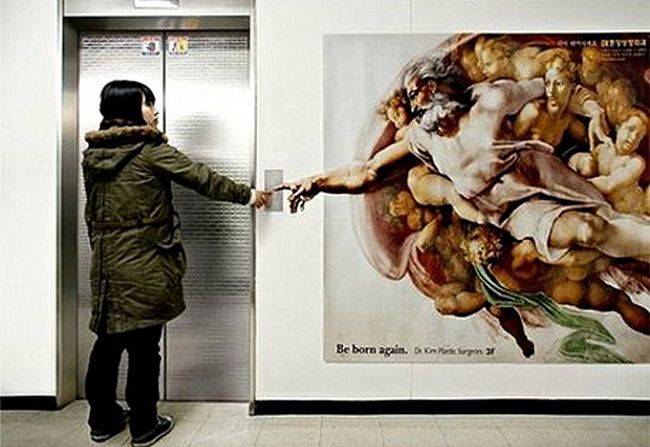 As the young man began speaking, I realized that he virtually alone was not emanating the “all ways lead to God, whoever or whatever you think he/she/it is” vibe.

“God is One!” He said with an apparently middle-eastern accent, firmly but not shouting. “Allah the Compassionate… God is Great.” He looked around at all of us and to my inner amusement — even joy of a sort — I realized I’d made inner cause with him. “There is no God but God,” he said.

The various folk with their name tags reading “Church of the Third Eye” and “Cosmic Oneness Fellowship” and “The First Church of the Such and Forth” (that last one is a fib) shuffled uneasily in our cramped quarters. “God is Good! He has given us his Holy Quran so that we may know our way. If you want to know of Him, I will wait behind when we get off.” And as if scripted, the doors opened.

As everyone left, I hung behind, unsure of what I wanted to say but needing to say something. “I am a Christian. I believe God is One also.” He smiled. I smiled. Two conspirators of sorts, even if we had our own theological mountain range between us regarding the identity of Jesus Christ.

Much later, after seeing Elliot and eager to escape the almost zoological reality the Parliament of World Religions offered, we were headed out the door when Carol stopped me. She availed herself of the lobby Ladies’ Room, I stood waiting outside. Another man, also rather obviously waiting for someone, began talking with me about the deep things… I responded in kind re how men are usually waiting outside women’s restrooms while “we don’t make them wait.” Having no more hard data on my mildly misogynistic comment than I did, he still agreed politely. I asked him about his religion.

At that moment, his wife appeared, as did Carol. The man’s wife was wearing what looked like a shinier, taller version of the hats Devo wore while singing their famous “Whip It” song. Theirs looked like coffee filters, hers looked somewhere between theirs, gold-covered, and the crown worn by the good witch in the Wizard of Oz. I bit down on my rude sense of humor, just barely successful. She picked up on the question I’d asked her husband, and showed us her name tag with the church’s name — her own church’s name, as she was a “Reverend” — emblazoned there: “The Temple of Somnolent Emanations” (or something sorta close to that).

“Oh,” I said politely, making sure not to ask what they believed. I confess: I am sometimes a very bad Christian, because I don’t enjoy attempting to present the Gospel to those already plugged in to strong beliefs — no matter how true vs. delusional — of their own. Instead I tried to steer the conversation into the story of how she had met her husband. This did not work.

“What church are you with?” she said.

“Oh…. We’re just what you might call vanilla-flavored Evangelicals.”

Barely had that last phrase left my lips than she leaped. Backwards. As if bitten by a snake. “OH!! I can’t be with you. You people are *SO* intolerant!!!” she shrieked. Others looked our way. Her husband hung his head, slowly following after as she stomped off. I started… sorry… laughing. As they disappeared into the religious scrum, I laughed so hard I had tears in my eyes, victim to my own warped sense of incongruity and — bringing me back to earth — my wife’s sharp elbow.

I had found the end of tolerance at the Parliament of World Religions… and it turned out it wasn’t from a Christian, nor a Muslim (who seemed firm in belief but quite kind enough in his presentation). It came from a champion of tolerance, a believer that almost all beliefs are equal if sincerely held. Almost all… but apparently one or two were exempted. I wasn’t at all angry… just amused. Humans can be very funny when it comes to God.

I’ve spent most of my last few decades trying to escape the extremes of a people — white Evangelical Christians for the most part — whose “truth” has become filled with all sorts of additives (along with a few important and quite damaging subtractions). Of course for me to assert such a thing implies I have a “better” or “higher” truth than theirs. I do not claim such lofty things. And I do not think it wise to claim ownership of any truth… or of love itself, for that matter. I do think we Evangelicals fall woefully short of the truth as we sway from side to side… myself included. One moment afraid to say anything that might offend someone, the next moment blasting away with our theological mortar at anything that moves.

I pray and live with the hope that at some points in time at least the truth owns me. Jesus Christ being that truth, the Person whose name is also Love. I don’t know that speaking out on an elevator — as my Muslim acquaintance did regarding his faith — will cause anyone to change. But on the other hand, I don’t know that it won’t, either.

It is tough to balance this society’s believing in everything (and therefore believing in nothing at all) over against living out my faith with charity and consideration for my neighbor. We are called to love God fully and fervently and love our neighbors as ourselves. We are also called to tell the truth. Sometimes, we might even need to do it on an elevator.