An Odd Advent Meditation: Is Hardness the Prelude to Brokenness? 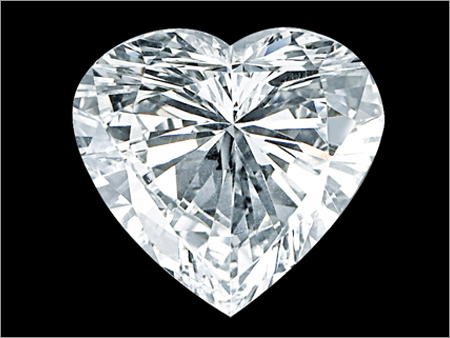 I think a lot about the hardness of human hearts. I feel oppressed, depressed, beaten down by the many examples of “man’s inhumanity to man.”

I look in the mirror and see someone looking back at me whom I at times do not know. That face doesn’t tell me anything I don’t read into it. Hardness is not always seen in a face. Or, conversely, hardness is something a face seems to suggest but which the life behind that face proves false.

Hardness is a quality diamonds have, and how appropriate that seems. They are worth more than the blood of those used to mine many of them. They are symbolic of our lust, our greed, our objectification of other human beings in order to gain such riches.

Hardness is a quality some human bodies have — those that are fit, muscled, without the flab and softness inactivity leaves. But this hardness can too easily become an object of worship — either the worship of the observer or even the athlete himself. But a futile idol in the face of the aging process. Death will turn that hardness to dust.

Hardness is a quality human ideas have. Fanaticism. Fascism. Zionism. Anti-Zionism. Americanism. As one very wise man said after trying to explain his way of life to a young observer, “what ‘ism’ am I guilty of now?”

Hardness is a quality permeating human language, subverting humility or gentleness or love. It is the quest for life lived as conclusion of a syllogism. It insists upon being right and controls all definitions… until another, even harder, grouping of words backed by sufficient numbers of humans tears down its predecessor. “Whites Only” reads the sign. “We Shall Overcome” reads another sign. “The President is a Muslim” reads the next sign.

Hardness is small. Like the diamond. It is perfectly clear and in the right light even beautiful in its symmetry. But it is smaller than the human finger, which it often ends up decorating. It is smaller than the human heart. It is far smaller than a single thought, such as “I wonder why he gave me this diamond? Does he love me, or merely want to own me, or are the two things confused in his mind? Perhaps also in mine?” No human life is liveable inside a diamond.

Hardness always is weaker than something else. Hardness is always breakable.

The diamond can be cut by an expert jeweler, or simply crushed with sufficient force and/or weight. The diamond existed as an end in itself, unaware of its own contingency.

The hard body only seems hard until a stronger, harder body smashed against it and drives it to the turf. A leg breaks. A concussion results. A career ends. Death laughs.

The great ‘isms’ of history die one after the other. Fascism, Communism, Capitalism — no, not the last. Not yet. Its day will come, though that is hard to believe now, in the great glare of its overwhelming power in our present age. Totalitarianisms of all kinds rise and fall and rise again, the cycle proof that hardness is part of seemingly every culture but also proof that no culture where hardness is ruler can survive. It will be broken.

Human language, due to its flexibility and / or abuse, will always be used as a hammer to forge power. Yet the hammer twists in the hands of the empire-builders, morphing into the very hammer breaking their definitions of reality to pieces. That is the first sign of hope that brokenness offers us.

God is all-powerful, yet where is his hardness? He refuses to show himself directly to us. His patient waiting for those who would pursue him to do so is beyond all reckoning. He warns us about being hard.

Remember your creator in the days of your youth, before the days of trouble come, and the years draw near when you will say, “I have no pleasure in them”; before the sun and the light and the moon and the stars are darkened and the clouds return with the rain; in the day when the guards of the house tremble, and the strong men are bent, and the women who grind cease working because they are few, and those who look through the windows see dimly; when the doors on the street are shut, and the sound of the grinding is low, and one rises up at the sound of a bird, and all the daughters of song are brought low; when one is afraid of heights, and terrors are in the road; the almond tree blossoms, the grasshopper drags itself along and desire fails; because all must go to their eternal home, and the mourners will go about the streets; before the silver cord is snapped, and the golden bowl is broken, and the pitcher is broken at the fountain, and the wheel broken at the cistern, and the dust returns to the earth as it was, and the breath returns to God who gave it. — Ecclesiastes 12:1-7 (NRSV)

God is capable of being harder than anything else. He is “the Unmoved Mover.” Nothing and No-one can usurp his power, change his attributes, alter his decisions, or even access the whole of his knowledge. He promises, in fact, to be hard toward those who are hard toward Him. And how is he hard? By absenting himself from their worlds.

Isn’t that strange? God, who could crush his enemies with a thought, a word, instead chooses a way which — again — seems not to be hard at all. Hardness requires directness. Come against it and it will come against you. Hard. Come against God and he will come against you… by being absent from you. Push and no one is there. Your world seems doubly justified now, since you asserted he was not your God (or even anyone’s God) and his silence is the only answer. Unlike the remarkable but apparently once-in-a-world’s time response that he gives to the Prophets of Baal (fire from heaven consuming them all!? There’s hardness!) his response to our inattention or even overt rejection is… silence.

God indwelt this child, God WAS this child who grew to be a man and who spoke words which were as soft as a healer’s touch to those already broken and became hard only to those who treated them (and Him) as something to resist, reject, and in the end murder.

Yes, the child Christ grew into the God-Man Jesus who was rejected by humanity and who accepted their hardness’ ultimate judgement, his crucifixion on a cross. Where was God!? Surely, we deserved God’s hardness now that the religious and secular authorities had conspired together to murder the Perfect One, the Beloved, the very Son of God?

“Forgive them, Father. They know not what they do.”

Here is the mystery. God’s Mercy triumphs over his judgement because his Love is his deepest and most pervasive attribute around which all else arranges itself. His hardness is Love just as his gentleness is love. When he is not found, when he seems silent in the face of his accusers, God is patiently loving us with his absence (or apparent absence, because he is not absent at any time from any person upon this earth).

God was broken upon the cross. “Take, eat, this is my Body.” “Take, drink, this is my blood.” God’s brokenness will break us. If we allow it to, it will break us completely, and continue to break us in order to heal us, to make us whole. We are not meant to be hard. We were not created to be stones but rather human beings, mirrors in our own persons of the Perfect Moral Being who is the Beloved our hearts seek.

All our language, we the religious ones, is it the language of brokenness? Does it breathe with the humility of He Who knelt before the disciples and washed their feet? And all our power, the political framers, is that power directed toward the marginalized other or toward maintaining our hard walls of (apparent) safety and (temporary) well-being? All human systems are frail things and all human endeavors are shot through with weakness and blindness and pride.

The baby who became a man and who was, is, and ever will be God’s Son — the babe who grew up to become the sacrificial lamb and took upon himself the sins of humanity (and the specific sins each human carries with her or him self) — this God of brokenness has become the only escape for us who are trapped in our hardness like the insect trapped in ancient amber. We cannot breath, we cannot live, we cannot love without the Grace of our Savior Jesus Christ.

And we cannot become vulnerable. That is the price of loving, you know. To become vulnerable. And it will sometimes hurt us very much. But it will not harm us, not in the end. We will share in His Sufferings and, if so obedient, will draw others to Him.

There is no other way.