Recently, we got a chance to talk with Ozzy Osbourne (former lead singer for Black Sabbath) as he was passing through Chicago on his latest tour. Although many people might feel that Ozzy is the devil “incarnate,” we found him to be friendly, open to talk, and even likeable. We sat down with him in the restaurant of the hotel where he was staying as he was finishing up his meal.

CS: You’ve always been a symbol, it you will, of rebellion for young people. What’s behind that? 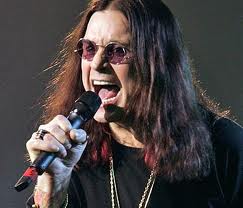 OO: I’m into rock’n’roll because rock’n’roll, to me, means freedom. Most guys my age are boring human beings. They sit in bars, get drunk, and then go home to tell their kids the way to rule their lives, while they’re absolutely stewed out of their brains. I don’t forget what I used to do and so I can’t justifiably say to my kid, “Don’t you do that,” when I used to do it myself.

I’ll always be an outrageous character … But let me tell you a story to show you I’m not such a bad guy. I once did a phone‑in show like where the kids call and ask me anything as long as it’s not, “Hey, what do bats taste like?” I get that every five seconds! I’m eating creamed bats at the moment … [He takes a big bite of brownish pudding he’s been eating.] It’s a real pain. Ozzy Osbourne goes down in the history books‑the man who ate bats! What a thing to live down on this planet!

Anyway, this kid called in and I said, “Are you coming to the show tonight?” And he says, “No, my mother won’t let me.” I said, “Put your mother on,” and she gets on the phone and I say, “I understand you won’t let your son go to the concert” . and she says, “You’re a despicable human being! How dare you get on the phone!” I said, “He phoned me.” She says, “You shouldn’t be allowed on the streets.” I said, “I’ll tell you what I’ll do. I’ll give your children the best seats in the hall, my people will take care of you, and then after seeing and meeting me, if you still have the same opinion, you’ll have every justifiable reason to think so.” She said, “Don’t try to put that one on me, I know what you’re trying to do to the children of America. It doesn’t work in this house, so get off the phone!” I thought, “Well, what do you do?”

CS: Going back to the Black Sabbath days, it seemed like your songs had a lot of spiritual overtones‑kind of a battle between good and evil.

OO: I listen to some of the lyrics I used to write and I say, “Where was my head at when I wrote that?”

CS: That was one of my questions. Could you tell us?

OO: Well, when we were kids, we had a very lower class upbringing. I never had socks for my feet. I had this rock’n’roll band and it was the only way I could do something I really liked. So one day I’m sitting outside this movie house; it was a horror movie and people were saying, “You’ve got to see this movie!” And I just suddenly thought, people really get off on being scared. They pay money to see green foam come out of people’s mouths. And we sit there with a transistor that’s blaring, “I love you darling, and the world is flowers and beautiful harps and sunshine,” And I’m sitting there thinking, “How can you sing about the lovely world, when it really isn’t?” And that’s kind of how we got started.

CS: How about the references to the devil in some of those songs … a lot of people in the past have taken that to mean you’re into satanism. What about that, is it for real or just an image?

OO: It’s only a role that I play. I mean, I wouldn’t know how to conjure up a Christmas cracker! Anybody who thinks Ozzy Osbourne is into Satan and all that doesn’t know what they’re talking about … And about the backward messages‑it takes me long enough already to make a record. I’m not going to sit there for another six months going … [talks gibberish for a few seconds].

I might have mentioned the word “devil,” which I suppose Frank Sinatra has in his day, but they don’t picket him saying they don’t want him in their town. I write the way I think. It’s up to your ears to interpret it the way you want. If you choose to think I’m the antichrist, that’s your problem. I’m not. I’m just Ozzy, and there’s only one Ozzy.

CS: Then you don’t believe in it at all?

OO: When we [Black Sabbath) first got together, we started to read all of these Dennis Wheatley books, and in those books I’ve seen the most evil forces I’ve ever heard of. I’d never heard of astral projection until I read those books. It really intrigued me that people can think that deep, you know. I believe that you really can do that if you want to.

CS: Don’t you think there is some kind of force behind all that?

CS: I remember the old Black Sabbath album, Paranoid. I played that thing so many times I literally wore the grooves off it. Something about the title song really struck me at the time; you seemed to understand how kids felt. I know I felt that way‑empty‑until Jesus Christ filled the void in my life.

OO: There are many ways of looking at that. It’s like God is within you. God is a nice feeling. He’s the flowers and smells and the nice things in life.

CS: I think that’s where we’re going to differ with you. We’re talking about how we’ve come to realize, in our own lives, just who Jesus Christ was.

OO: Jesus Christ was the original rock’n’roll star. He gave people reasons to live in the rut they were living in. He was the first man to say, “You don’t have to have human sacrifices, ’cause human sacrifices hurt somebody, you know?” Just believe in the spirit that is within you.

CS: But that’s not what he said. If you look in the Bible, you’ll see he said we had to follow him.

OO: Well, so did Adolph Hitler!

CS: Yes, and this is where we must decide who was telling the truth.

CS: What we’re talking about is a personal relationship with God, through Jesus Christ He was God in the flesh, who walked this earth and said, “Hey, I love you. I’m willing to die for you.” The Lord can make a major change in your life, Ozzy.

OO: I’m out doing my deal, I’m turning people on. What’s wrong with taking people away from their everyday mundane situation and having a good, fun night for an hour and a half at a rock’n’roll scene? That’s what it’s about. Fun. It’s no big deal. I’m not trying to twist people’s heads around. I’m not trying to say, “Believe in me.”

CS: But you’re not offering them anything positive in their life, something that can really help them.

CS: The Bible says, “Sin is fun for a season, ” and you can get off on the pleasures of this world but really we need to look for more eternal values. Sure, the kids can have fun for awhile, but they have to go back home.

thing that does confuse me, though, is that there are more religions in this world than ever, yet there’s only sup­posed to be one God.

CS: One reason for that is although there is only one truth, there will be certain echoes of it in various religions. Another reason is that man himself has a problem, like it says in the Bible, he’s a sinner. Man is separated from God, so he’s going to come up with all these false ways of finding God.

OO: I don’t read the Bible. Not because I don’t want to, I just haven’t got around to It yet. One day perhaps I’ll pick it up and look at It.

CS: Well, that’s what we want to encourage You to do. And we went you to check into the truth of Jesus Christ.