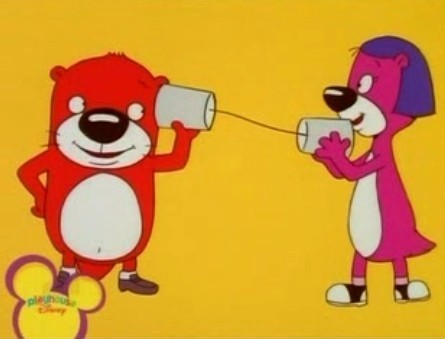 Ever hear the word “dialectical”? No, this isn’t a discussion of Marx, Engels, Feurebach, or even Hegel. Yikes, this is a blog, not a philosophy seminar. But in community, I over and over have realized how important a “dialectical” approach in conversation can be. Dialectical, by the way, can mean merely that we try to come to an understanding of something by starting off with two or more opposing ideas, then work our way toward a synthesis of those ideas. (And like I said, no, this isn’t Hegel! I prefer Soren Kierkegaard’s beating heart to that cold bird.)

Picture, for instance, a discussion that starts up between two people about women and the church. The traditional approach to such a conversation (no matter which pole one gravitates toward) is to line up the bible verses, theologians (dead and alive), and one’s own logical argumentation, all to batter down one’s opponent(s) and their theological / logical constructions. But while this may be fun on a sort of sporting event level (he shoots! he scores!) it is a process designed to create resistance in one’s conversational partner. Why listen when conversation becomes a means of assertion, of power?

Living in community, one learns sooner or later that the deeper a conversational conflict becomes, the more important it is to open oneself to the opposing viewpoint in that conversation. Opening the mind and emotions is not the same as accepting the other views. But it is far different than approaching a conversation as though one’s own mind has within it a pristine truth that one’s conversational partner does not (and maybe by implication cannot) have.

Humility and a dialectical conversational approach go hand in hand. When I truly listen, rather than quietly construct my next salvo while the other speaks, I almost always can and will find truths in what she is saying to me. Further, I find in her struggle to understand a moving testimony to our common struggle to know, to (in the Christian sense) be “right.” We want to be right as Christians out of our desire to love God… or at least, that should be our motivation. Such a righteousness, however, ought to be marked by (to drive this point home) a humble, listening spirit. In fact, the more correct we may be on a point, the greater our gentleness and humility ought to be in presenting our understanding of that point.

I think what scares the more fundamentalist believers about this dialectical reality is the possibility that in our charity toward others we may well end up compromising the gospel. I well recall Francis Schaeffer, speaking to the Evangelical Press Association some years ago, repeating with great vigor: “Accommodation leads to accommodation leads to accommodation.” Sigh… well, sure. It is entirely possible to be so open that one ends up believing everything is true for somebody, which is the same thing as believing that nothing is true for everybody. At least, that’s how I see it (wink, wink, nudge, nudge).

But the fundies don’t get the human element here, which is why they come off as being control freaks. Their fear seems rooted in the idea that the whole shebang is going to turn into turtle soup unless they socially and politically, as well as theologically, hold our nation and world in thrall to their “Christian” ideas. (Yes, you could also replace that term in some parts of the world with “Muslim” or in India these days “Hindu.”) So when the rest of the planet isn’t very interested in being dialectical with the fundamentalists, they are offended, not realizing apparently that their refusal to respect others brings disrespect back upon themselves.

Back to my own context, however, here in this immediate community of Christians — Jesus People USA. I find in myself an intolerant, unlistening side that rivals any fundie many days of the week. And through this communal shared life, where others’ ideas are constantly coming into contact and into friction with my own, that inner rigidity of mine is continually taking a whacking. It is times like those that can almost make me hate living this way!

If I can hang in there, though, and let the dialectical process proceed — I have to open my heart and mind to allow it — I will discover a stunning reality. It is not only my conversational companions who bring me new ideas, different ways of seeing, but I also may even bring ideas in turn to them. And then comes the ultimate stunner: Jesus begins to appear between and in us. “Wherever two or three are gathered, there am I in the midst of them.” Our ideas begin to seem more and more in alignment with the mind of Christ, and with humble joy we can at last each receive a word from each other which may in fact be the very Word of God.