Dakota Johnson, star of “Shades of Grey,” Sez “I Have No Shame.” Should She? 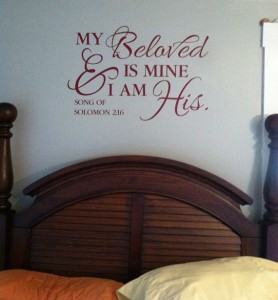 What follows began as a short paragraph or two and turned into a reflection upon larger things. Confession at the outset: No, I have not read the “Shades of Grey” series and I never shall. I have read fairly extensively reviews of the books both pro and con, as well as some lengthy clips from the books (the first one in particular). My debt to feminist critics of the series is not small.

So… Dakota Johnson, starring in the upcoming movie version of “Shades of Grey” (known to me as “Shades of Misogyny”), sez she’s up for the role because “I have no shame.” Can we Christians, our Muslim and Jewish neighbors, and anyone else who cares about women agree to boycott — as in just skip altogether — this movie? And Ms. Johnson, shame is a part of being truly human, a sign that we understand our place in world where moral choices matter immensely.

Paul wrote the Ephesians, urging them to live lives of deep reflection upon God’s Will:

“Try to find out what is pleasing to the Lord. Take no part in the unfruitful works of darkness, but instead expose them. For it is shameful even to mention what such people do secretly; but everything exposed by the light becomes visible, for everything that becomes visible is light. Therefore it says, “Sleeper, awake! Rise from the dead, and Christ will shine on you.” Be careful then how you live, not as unwise people but as wise, making the most of the time, because the days are evil. So do not be foolish, but understand what the will of the Lord is.” [Ephesians 5:10-17 NRSV]

I pondered this all this morning not because I’m worried about certain sexual practices or wish to rant against Eros in general. I love sex… as pleasure and communication with my beloved. But this isn’t about sex… it is about a twisted portrayal of a man abusing and humiliating a woman, who (true to almost all male-centered pornography) finds herself enjoying being humiliated, used as an object. This is the opposite picture of what we find in the Song of Solomon in Scripture — a picture of two free and deeply loving people focusing not primarily on genital acts but instead upon love itself, not on abusive assaultive forms of male-centered penetration but instead upon a self-revealing sensuality rooted in the mutual power of a shared passion.

God is no prude; he made us as sexual beings. It is evil’s way to twist the good into almost unrecognizable parodies. As St. Augustine said regarding evil, evil is not a dynamic creative force in itself. Evil is only the absence of good. So… let us celebrate the good picture of sexuality offered us by the Scriptures and found in many of our own experiences with a loving spouse. Unlike the masses — a majority inexplicably women! — who gave money and time and their own psyches to this sad, pathetic “Shades of” narrative, let’s live lives rooted in Paul’s admonition: “Do not be foolish but understand what the will of the Lord is.” His will is that we love him, and love one another, in all truth.

There is a deep and wonderful reality built right into sexuality that embraces large portions of feminist thought while also emphasizing the necessity of a mutual form of submission. Christian feminism has struggled, with varying levels of success, to focus upon both freedom and responsibility, independence and interdependence. (See the wonderful folks of Christians for Biblical Equality for a premier example.) Submission, from a feminist biblical viewpoint, is not about either partner’s surrender on the basis of gender but rather upon both partners attempting to submit “one to another out of reverence for Christ.” Such a submission will be in response to love, not to abuse or oppression in the name of “submission” as defined by male-centric pornography.

Mutual submission requires both partners to seek a common ground, a common expression of their love which each of them create a “one flesh” relationship focused on pleasing the other. Again, the Song of Songs paints this picture; while King Solomon’s life was not an egalitarian one by any stretch, he at least could envision what such a life should be. There is nothing in the Song of Songs that offers a picture of “submissive/dominant” behavior. Rather, it is an incredibly tender, vulnerable sexual and emotional and spiritual communication between the lovers as two equals, as two fully realized human beings within God’s embrace.

I pray my marriage, and my life, reflect such a reality. I don’t want shades of grey in my marital bed. Rather, I want what Paul (again) so mysteriously illustrates in 1 Corinthians 7′s picture of an egalitarian sexuality: “The husband should give to his wife her conjugal rights, and likewise the wife to her husband. For the wife does not have authority over her own body, but the husband does; likewise the husband does not have authority over his own body, but the wife does.”

Think about this. At first glance, isn’t Paul allowing the objectification of the wife’s body by the husband via “possession”? And perhaps as well is he allowing the wife to “own” the husband’s body in an objectifying sense?

No. The idea that neither has authority over their own bodies, to do with them as they please, places both in a situation where “authority” becomes shared in an undeniably equalizing sense. Both most consent. Both must seek out a mutually-satisfying love.

This is not a sex seminar! This is about love itself, the way human beings are to love in an eros-based relationship (which frankly is what marriage’s roots consist of — romantic / sexual longing). It is up to us to model this beautiful way of interrelating while living in a world that often (not always) is clueless regarding love. At any one time, in or out of bed, it may *appear* that a power imbalance is occurring. Egalitarian couples can playfully mock hierarchical roles. But a deeply love-based relationship will never feature cruel aggression, inflicting pain, or in other ways abusively treating one’s partner in a stupid and vain search for sexual thrills.

On a deeper level, the popularity of such books as “Shades of Grey” and its subsequent volumes speaks to a widespread despair about love. Possession is not love. Even God does not possess; that word is set aside for the demonic! The desire to be possessed is, on at least one very important level, a sign of a profound immaturity on our part. The fact that so many women bought this book and made it one of (if not *the*) best-selling novel of all time points to a profound disconnect regarding just what love is.

Love does not possess. It calls us forward to become what we are meant to be. It creates bonds that paradoxically free us to, in interrelationship, become more fully human than we otherwise could ever be. God is thrilled with community. The original community of one man and one woman is the blueprint for love. “Becoming one flesh” is about sex, yes, but also about becoming.

Jesus Christ never knew a woman sexually. But he knew more than any other human being how to love. It is in him that all loves are rooted, and if we turn our inner passions toward him we will not be possessed but rather made one with him. He will come into us, and we come into his Body, the Church. We will discover what it is to place others ahead of ourselves, to wash the dirty feet of our brother or sister, to forego what we want in order to gain what God wants for us (and what will bring us more fully alive as human beings). And, in what is a sort of joyful joke, our love in bed and out of bed will electrify us with not just pleasure in the moment but a deepening passion for one another rooted not merely in Eros but Charity itself — Agape.

There may be all too many shades of grey in the human heart… but in Christ there is no shadow at all. Love him. Follow him. You’ll see. This I promise, and I am not a man who makes promises easily. Jesus Christ will transform you to the degree you allow him to… and that means not only your sexual world but — far more important — your experience of and ability to love.

We know to what extent Jesus went to offer us relationship with him. In closing, I can only again offer his tender appeal: “Come to me, all you that are weary and are carrying heavy burdens, and I will give you rest. Take my yoke upon you, and learn from me; for I am gentle and humble in heart, and you will find rest for your souls. For my yoke is easy, and my burden is light.”