God, Fear, and the Rebel Heart (Obedience, Part One) 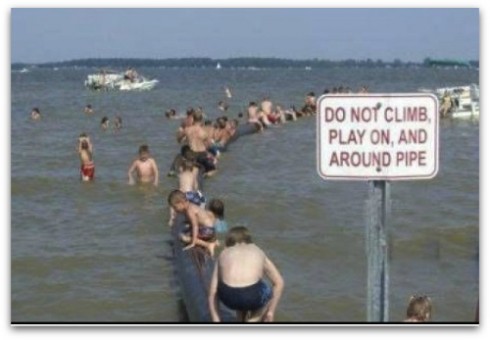 This article was previously published here, but upon further reflection and discussion with good friends I decided on some renovations…. and don’t promise to add/subtract further! Like me, this topic is one in progress.

I am personally in one of those seasons where the earliest lessons of Christian faith require a do-over. Foremost among such lessons? Rediscovering just what it means to obey God. As a now middle-aged guy and Christian for the past 35 years, one might expect me to know a lot about obedience. Instead, I find this phase of my life more difficult in that regard than ever. Why? Let’s just say obedience has never been my strong suit.

I grew up with loving, non-disciplinarian, parents I was fortunate enough to always know cherished me. I was not, however, big on doing what was asked of me. When either of them tried to guide me I nodded politely in agreement then went off to do whatever it was I myself wanted to do. I appreciated my parents’ wisdom except where it interfered with my own preferences and desires. I knew they would love me no matter what… and without much further thought tended to live that way. Need it be said that I often treat God the same way? “He’ll forgive me…”

When I was sixteen, I had an encounter with God. This was not the encounter you might expect; that joyful beginning came a few days later. No, this encounter with God was in direct response to a sort of anti-prayer I offered Him. “Go away,” I said in essence. “I want nothing to do with you.” And he took me up on my offer.

I’ve discussed the particulars of that incident elsewhere. Here, let it merely be said that the events of that evening left me unmistakably convinced that (a) God was real, (b) I was not God, and (c) God was listening intently. Comforting? No. The idea that an Uncreated Being, Author of the Universe and all within it, paid close attention to my thoughts, words, and actions… this frightened me. “The fear of God is the beginning of wisdom.” So writes the Proverbial wisest man. And for me the learning process is far, far from over. I am with far less wisdom than I often think I possess.

If God is pure love, then why did my personal journey entail having to learn to fear Him? Maybe Kierkegaard’s words about God being everyplace except for one place — me — applies. That is, pure love is a fearful thing to the person who is without it. The thing I said (and still say) I want is this Love from above. But the price for it is, well, everything. “Follow me,” Jesus said. And to at least one potential disciple, “Sell all you have and come, follow me.” To another, “Give all you have to the poor.” And to me? Oh, baby. Let’s just say that following God one day may be more or less successful; following him the next day entails war with my own rebel heart.

There’s a lot in the Bible concerning obedience… and disobedience. For instance, consider another rebel, King Saul. All he had to do was obey God in a specific (rather bloody) mission regarding a tribe called the Amalekites: “go and attack Amalek, and utterly destroy all that they have; do not spare them, but kill both man and woman, child and infant, ox and sheep, camel and donkey.”

Obviously, the idea here was to leave nothing behind of the Amalekites. Not one person, not even one clay pot. Everyone and everything had to go. It’s another of those hard-to-understand Old Testament stories where our Loving God seems almost to be Someone Else. I’m not going to try and explain that problem, because for me there’s a more immediate lesson I do understand but don’t like much. When it comes to something that stands between me and God, I must not attempt to preserve that thing. No literal swords or bloodshed here…. but a very literal rejection of any possession, any friendship, any desire that stands between me and obedience to what I know God asks of me. I’m not to leave the smallest, ugliest little remnant of whatever it is… it all must go.

Our battle is not against flesh and blood, but principalities and powers. Do we believe that? More to the point, do I? The battle is quite real and it takes place in my mind, my body, my will. All the crowns I wear (many of them awarded by myself to myself), the recreational drug of escapist entertainments or fantasy lovers or “intellectual” conversations with the right kind of people… cast them into the mud? And what do I get in return? A pat on the back from my conscience? Sometimes the reward for doing right, taking my thoughts captive, taking the next step on the narrow path seems not enough to satisfy.

But here’s the thing. I either believe God or believe myself. I either cling to a faith in Love or a faith in unbelief. That is, a faith that behaviorally invests itself in the temporal, the passing comfort, and so exposes itself as not believing in any Eternal Good worthy of surrendering that idol to. As Saul did, I find myself in a battle that is not just about flesh and blood but principalities and powers beyond my comprehension.

In a battle, one gives no quarter. Before the swords are drawn, before the trumpets blast and send the opposing sides crashing toward one another, there is time for diplomacy. One can with careful thought and living avoid needless battles. But once a battle is joined — whether through my stupidity in not being alert enough before hand or merely because sometimes battles come even when we are living alertly — there can be no more diplomacy. It is kill or be killed. And unlike human battles, where my foe is also a person made in the image of God for whom Christ died, my foes in the spiritual realm are no such creatures. Either one believes this or does not believe this. Either there is an unseen world where darkness wars against the light or there is no such world. All I am suggesting is that if I say I believe, I should therefore *act* as though I believe. Completely. Sold out. A single-minded man won’t let anything or anyone get in the way of his obedience to God.

But back to our story. God, though patient beyond all human understanding, is not mocked. And Saul (through the Prophet Samuel) finds this out:

17 Samuel said, “Though you are little in your own eyes, are you not the head of the tribes of Israel? The Lord anointed you king over Israel. 18 And the Lord sent you on a mission, and said, “Go, utterly destroy the sinners, the Amalekites, and fight against them until they are consumed.’ 19 Why then did you not obey the voice of the Lord? Why did you swoop down on the spoil, and do what was evil in the sight of the Lord?” 20 Saul said to Samuel, “I have obeyed the voice of the Lord, I have gone on the mission on which the Lord sent me, I have brought Agag the king of Amalek, and I have utterly destroyed the Amalekites. 21 But from the spoil the people took sheep and cattle, the best of the things devoted to destruction, to sacrifice to the Lord your God in Gilgal.” 22 And Samuel said, “Has the Lord as great delight in burnt offerings and sacrifices, as in obedience to the voice of the Lord? Surely, to obey is better than sacrifice, and to heed than the fat of rams. 23 For rebellion is no less a sin than divination, and stubbornness is like iniquity and idolatry. Because you have rejected the word of the Lord, he has also rejected you from being king.”

Sin — especially willfully disobedient varieties of sin — has consequences. The Old Testament offers evidence that such disobedience is often the rule of human conduct more than the exception. Perhaps that is because it is actually *easier* to disobey than to obey? Our natural inclinations, from bodily appetites to what our eye finds to look at to our own besetting pride, tilt us toward failure. The theologians call this tilt “original sin,” the busted nature we have from the beginning. Or as Bob Dylan puts it, “Blinded by the Devil / Born already ruined / Stone cold dead as / I stepped out of the womb.” Needing salvation? You’d better believe it!

Maybe you have to live the struggle before you believe it. But I have very little problem believing in either my own sinful nature or the dark powers attempting to wreck me further via my own brokenness.

Poor King Saul is such a mess that he actually seems to believe his own lie, namely that the real reason he kept all the wealth of the Amalekites instead of destroying it was because he wanted to make an offering to God. Sure, buddy. This, again, is sadly familiar to me in my own experience. I can so easily produce spiritual-sounding reasons for my own desires’ fulfillment. I so easily deceive myself into believing my own rationale once I’ve created it! This, too, is light years away from obedience.

I want to be obedient… except when I don’t want to be obedient. So is there a way to learn obedience, short of having the snot scared out of me by some sort of God Who Smites? I think so. In fact, a God Who Smites is not a God I can approach; rather, I believe even God’s wrath is potentially redemptive if we will but understand it as Love’s Response to rebellion. But will save those reflections (some of ‘em anyway) for my next post.