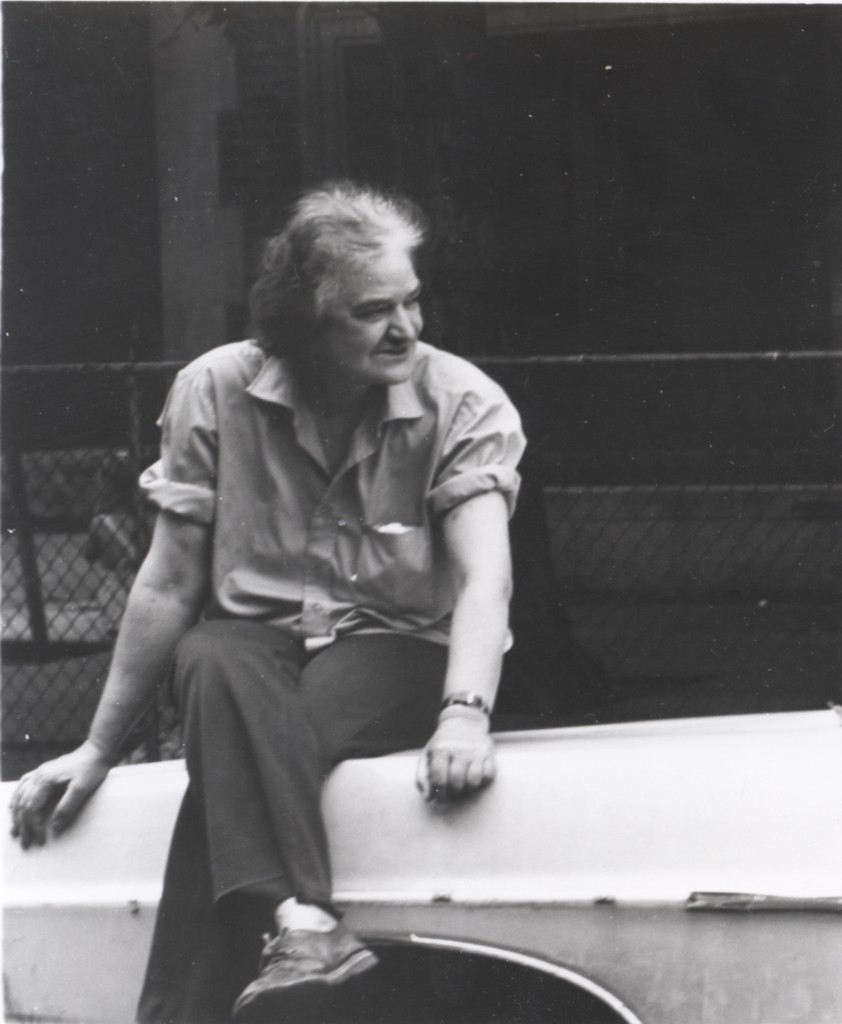 It’s 3:30 p.m., time to prepare for dinner. Some of the brothers are getting the food and the utensils together. Others are setting the tables or separating plates, readying them to be filled with tonight’s meal; chicken gravy over mashed potatoes, green beans, bread and yogurt.

Soon it’s 4 o’ clock and our guests arrive. As they take a seat, conversations begin, almost effortlessly with those they happen to sit by.

“Let’s ask the Lord to bless this meal.” The prayer is offered and the food is served on trays, passed out individually to each person. Many have become our friends over the months and there is an easiness and goodwill In the air.

Ever since we moved here in Uptown, the Lord has been showing us ways to reach out. There were no flashes of lightning. As people began to come to our home for food and shelter, the answer was obvious; add more rice to the casserole, make room where there wasn’t.

When I was just a young believer of two months, I was what many call an “on fire” brother. I would witness to everybody. I even asked my pastor if there was a need for missionaries and where I might go. Did he have any suggestions? He smiled and thought for a moment and then mentioned our ministry. He knew that I would learn and grow here. That was six years ago.

Through the years I’ve begun to understand what a disciple is and what the Lord truly wants of me. It’s not what I thought it would be. I thought I’d be some flashy evangelist or something, quoting all the right scriptures at the right time. Instead, I’ve been used in writing and witnessing. In the past year, the Lord has been unfolding another important part of my work; that is to be a willing, loving, servant here in Uptown.

To be quite honest, I’ve experienced a joy I had not known for a long time, simply serving dinner to our neighbors. I’ve learned a little bit more of what the Lord meant when He said, “It is more blessed to give than receive.” Of course, it wasn’t just the food . . . it was the friendships I’ve gained. Meet Joe. Probably in his late 50′s, he’s a heavy‑set guy who reminds me of an old Chicago gangster type. His face reads despair . . . but one doesn’t realize how rooted his despair is until he begins talking.

“I’m a chronic alcoholic and I can’t pull out of it. I’ve tried and tried. But every time you try, somebody offers you a drink and there I am right back in the same old thing again . . . when you’re drunk nobody helps you . . . I’ve stole and I’ve cheated and I’ve lied. I’ve stole coats and jackets to get booze and a place to sleep … I don’t like to live like that, believe me.”

He went on to say how he used to have money, big money, and how he used to be very much in love with his wife. Now, all that was gone . . . he didn’t have anything.

Then there is Eileen, a quiet unassuming woman in her late 40′s. From Buffalo, New York, she’s only been in Uptown for the past year and a half. As I talked with her, it was apparent she’s frustrated with her present status ‑ a poor, lonely woman on public aid.

“I have been going to so many different companies . . . this one place I went to for employment three different times. I was sent by an employment agency and I spoke to three different people in Personnel and yet each one gave me a different excuse for not hiring me. The first time I was disappointed, the second time, I wondered why, and the third time, well …

We were politely interrupted by John, who was offering a second serving.

“Oh, thank you, John. I’ll take it home with me; I’ll heat it up. Thank You. ” There’s seldom leftovers In the kitchen, this night was an exception.

One night during the prayer, a man in his late 30′s, who had been drinking, became quite boisterous and caused a small commotion. He insisted that he wanted to talk to someone. I volunteered. Sitting down in our lobby, a notoriously busy place, he began to openly weep, telling how he and his young wife had been separated. As each mother and child would pass by, he would break into tears for his own pitiable situation . . . “if only . . . this is the way it should be . . . whatever happened to me?”

“What do I do, Lord?” I asked in desperation.

“Just listen, just look in his eyes. He doesn’t need pity, he needs your understanding, your acceptance.”

So I listened. Putting down our guards, accepting the goods and the bads in one another, worlds apart, we were brothers for a moment.

“It is when you listen to people that you recognize them as having the right to speak, the right to express themselves. If you cut them off, you are telling them that they are not interesting, not worth listening to. And it is that which is fundamentally harmful to the wounded person.” (Be Not Afraid, Jean Vanier)

Every night we receive 10‑12 phone calls for temporary housing for families evicted from their homes (many people in Uptown live in condemned buildings), abused women, mothers with no food or place to stay with their children. Utilizing every room to its maximum capacity, our house is full. “The fifty year old woman who was evicted tonight is on 3rd floor in the Ahearn’s room. The family with three children can stay in one of the couple’s rooms who have gone to the Missouri farm for a week . . . Ah, yes, we have two pregnant teenagers. One can stay on second floor with Charlyn and Linda. There’s an open bed at the end of the hall since Sue went to visit relatives. For the other . . . ” So it goes every night till everyone is fed and settled. Then at 2 a.m. the imminent happens. The phone rings.

“Hello, Jesus loves you, may I help you?”

“Yes, this is Human Services. We have a young woman here, we were wondering if you could provide shelter for a night or two?”

“There’s a fifteen month old child with her and she appears to be about six months pregnant. It seems there was a fight and her boyfriend has threatened her.”

Again, the answer is as obvious as the need.

‘Many of the poor express an openness, a freedom in talking with one another that others don’t have. This openness in conversation also extends to those who are trying to befriend them, when they sense a sincerity or respect. And so I’m learning to be careful. I’m learning to be sensitive. I’ve found out that I musn’t move too fast. Many of these lives are so brittle, so fragile. There’s been so many hurts that they need to be touched . . . oh so tenderly. In a way, their lives are like a cracked window pane. If pressed too hard, they will shatter.

Maria James is 54 years old and has lived in Uptown for 20 years. She originally came to our home for the dinner meal; she continues to come because she is our friend and she has found something here.

Let her tell you about It.

Cornerstone: Maria, where are you from originally?

Maria: Started out in Spaulding, Nebraska, in the sand hills and just about every state in the union. I lived in an orphanage ’till I was six and then 19 foster homes during the depression. My mother knew the only way to keep us alive was by sending us to the orphanage. We were too young to work.

CS: What were your childhood dreams?

MJ: I used to pretend a lot and I still do. The day I can’t dream or hope, I may be walking around, but I’ll be dead inside. I couldn’t accept the bad parts of life. I dream of a husband and a home and family. There was always a pocket in my heart that was never satisfied.

CS: How do you manage here in Uptown?

MJ: I’m on welfare, and usually I spend my time running from one free place to another just to stay alive. Food is a constant problem. I have ulcers so most of my food stamps go for milk.

CS: Have you ever lived in a condemned building?

MJ: Yes, no lights, gas or water. God can work best with me when I’m down on my knees, then He can work wonders, otherwise I’m bull‑headed.

CS: Maria, have you ever lived in the streets?

MJ: Oh, yes, I highly recommend it! Things take on a completely new value. One penny is like a million dollars. Friends are closer, but you’ve got to have your wits about you; if they’re desperate, they’ll steal from you. Yes, I recommend it; except for the cold. You don’t realize how much you have until you’ve lost it all. People in apartments take things for granted, like it’ll always be there . . . I can look back and see God had His hand in the whole thing. He forced me to come here to eat, now I pray walking down the street, talking with the drunks. Before I prayed only when I was in trouble. I feel close, not so far away. I’ve been lonely all my life. But now I’m happy, I don’t feel alone any more.

CS: How did God touch your life?

MJ: My second husband died in my arms in a TB sanitorium . . . I went into a state of shock. Memories came fast like a color TV I remembered being molested when I was four. (cry­ing) It was through the filth that I found Jesus, after all those years . . . I asked God to show me something in the Bible. Jesus was born in a stable. The hay was cleaned out and smelled sweet, so will we. I shouldn’t feel filthy any longer.

CS: If you could change one thing in your life, what would it be?

MJ: I’d have gone to school to be a nurse. I’m in heaven when I can take care of the sick.

CS: What is the one thing you would like to tell people?

MJ: These were confidential things, but if I can help someone, I wouldn’t be close‑mouthed. Before I was saved, I thought I was so wicked. I thought if I walked in a church, the ceiling and walls would cave in … But the church doors were open like arms to engulf me ‑that’s the feeling I had when I got saved. I’m tucked under His wing, warm and comfortable and I’m not afraid any more.

CS: We’re glad you come to our home every night, but what makes you come here instead of another place?

MJ: John (her friend) always hears voices, but not when he’s here. You can sense God, you can feel it.

Often it takes the poor and lonely of this world to sense God in a way that we are immune to. Immune through our luxuries and preoccupa­tions. If you are looking for the heart of God, you will certainly find it on the streets, in the condemned buildings, on the faces of the children with no fathers, the young girls with no husbands, the old with no homes. God is here. Can you sense it?