Lower (A poem about the White Imagination) 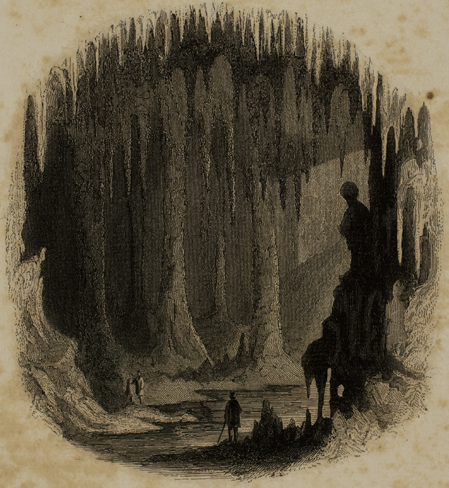 Lowerby Jon TrottYoung, I imagined the limbs of
black women wrapped around me,
desperate for rescue, desperate
for one white heart that understood.
I strove with them in loving lust,
Knew gentle every inch of skin, a
Kiss kiss kiss of my own body,
The hope of love rushing toward
Only me, there, in the darkness of
my white and lonely imagination.
(I rescued her to define her — “mine.”)

Young, I inhabited my ignorance
as thoroughly as a diving suit;
down, lower, into depths of darkness
I saw, in my helmet’s visor,
My own pale and lonesome reflection.
They swam just out of sight, their
Limbs and murmurs the waters themselves
Waters between us as deep and wide,
Deep and wide as reflected stars’
White light on its dark surface.

Younger, I thought not on these things
Until with eleven year eyes and ears, in spring
I saw our neighbor dance, yes,
dance and sing, screaming “They got him!
They got that commie nigger
Martin Luther King!”[1] Yes, everything
Changed without my knowing,
That same year as my awakening
Innocence died, and I had nightmares
About dark women touching me painlessly
(though I awakened, weeping and terrified)

The sicknesses of light and dark swirled
in a place I could not enter,
and if not enter, then how to fix it?
Singing “red and yellow, black and white”
While white colored the rest, and the best
I could do was read Soul on Ice[2] and
Pretend I understood a rapist’s rage
While away from my safe prairies, Watts
Burned[3] and Chicago cops beat yippies[4]
and murdered young Fred in bed[5]

Still young, though not as much, I
read the books and studied the times,
Hoping for entrance to the dark sea, the
Unity, denied the sinner (who of course was me)
Needing a dark savior, but not yet
Understanding that this too was reflection
and thus, rejection, of the truth of it.
Down, down, into the dark sea, my
Diving suit between good air and water
Which might baptize or might kill me.
(Jesus, sex, and blackness my ghosts.)

I washed ashore, cast out by the waters
Finally willing, though clueless, to learn.
The place where heavenly waters flow was
Barred to me: Unity? My dreams faded.
“This is your suffering, not to know another’s,
or in knowing another’s, knowing
you cannot save them from it.”
This voice, coming to me from the Other, echoed
of Theodicy[6], and breaking, I almost heard…
Ready to cave in to the truth of it all.

There are no waters, and there is no other.
The diving suit of lies makes them real.
The smoking gun of misplaced pity denies, defends,
when nothing else keeps the truth at bay.
Here is the truth, poor boy, dear child.
There are no doorways — no, not one.
There is only a road, and that road
Goes Lower, takes you lower, down into yourself,
Lower until darkness blinds day’s lies
And brings you, newborn, into the sight of yourself.
(Christ, who is God but also one man, will wait.)

[2] Eldridge Cleaver’s book, Soul on Ice, told of his career as a rapist, a prisoner, and an eventual member of the Black Panthers, a 1960s era radical activist group.

[4] “Yippies” is a term coined (I believe) by Abbie Hoffman, author of “Steal This Book” among others. In 1968, the Democrat Convention was held in Chicago. As the entire nation (including myself at only 11 years of age) watched, the police basically attacked non-violent yippies, hippies, and even news people with their billy clubs.

[5] “Young black Fred” was Fred Hampton, a Black Panther who (along with fellow panther Mark Clark) was murdered in his own apartment by Chicago Police. Hampton, wounded but very much alive, was assassinated by the police after his arrest with two shots to the head.

[6] A Theodicy is a theological explanation of the antinomy (apparent contradiction) between God being wholly loving and wholly powerful and yet allowing terribly evil things to happen to those He loves.