Maggie’s Culottes and My Usefulness to God 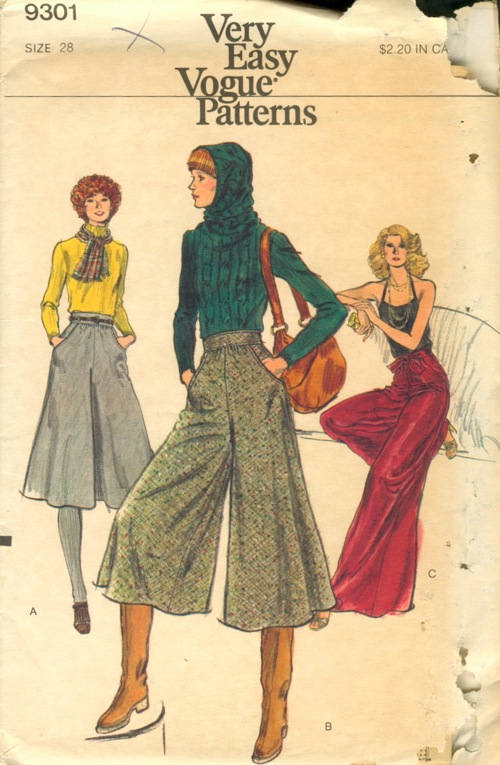 Maggie huddled on the hallway floor, tears running down her face. Her sobs were audible. As I came around the corner into the small niche formed by a secondary school exit, she seemed to squeeze herself more closely together.

“Are you okay,” I said — surely the stupidest question that moment on planet earth. Maggie began turning away from me, but then turned back, her face piteous with tears and a touch of snot.

Maggie was younger than I was — two years back in the hell of being a sophomore. I barely knew her, but did know her reputation which was not good. I was very good. Or so people thought. After all, I was a Christian of one year and even at this moment had my chunky New American Standard Bible under my arm.

My faith truthfully had two sides — one was a mystery, something that often manifested itself without my effort or even knowledge. As my skeptical Mother told me soon after my conversion, “I will say one thing… you certainly seem more loving.”

On the other hand was a dualist struggle between legalism and license. I was a testosterone-charged Pharisee at times… willing to let my own behavior slip and slide while calling others to closest account.

Which would it be with Maggie, this Central Montana version of a Mary Magdalene? Things could easily have gone the legalist route, me giving her all sorts of seventeen-year-old wisdom garnered from my vast non-experience in the world.

But mystery it was to be. I knelt beside her — it was during my study hall time, so no one was in the hallways — and asked her to tell me about it.

“They’re making me go home!” she said, fresh tears on her face.

I didn’t understand. “Why?”

“Because… because I wore culottes instead of a skirt to school!” And now the tears really came down. Eventually I was able to gather from her that girls in our school were not allowed to wear culottes — a skirt-like pair of pants. As with so many other elements of dress codes, I was baffled by the rule. She looked quite respectable and in fact was wearing a turtle-neck shirt matching her verboten culotte-clad half.

“Can’t you just run home and change?” I asked, thinking it was almost lunch time and she’d have plenty of time to get back. But then I remembered… she lived well out of town. Her dress code violation meant she’d have to find a way back to her house, probably by calling her parents. It all suddenly seemed far more understandable.

“That’s just plain STUPID,” I said. And this taking of her side by an upperclassman seemed quite valuable to Maggie. She smiled through her tears. I commiserated with her some more. A big dumb male, I had no real answers for her. But somehow the mystery was in play; I saw her as a person, and she knew I saw her as a person. There was no other agenda between us except this human connection of her suffering and my — no, the mystery through me’s — willingness to connect with that suffering.

I dabbed at her eyes with something — I think my shirt tail — and she smiled again. She stood up, gathered herself together, and left school due to her culottes and perhaps due to someone in the administration office labeling her “that bad girl.”

A month or so later, she began coming to the little Christian coffeehouse a friend of mine and I had started in a local church’s abandoned second floor. We spoke some, and I gave her a ride home a few times. But we weren’t particularly close; she was not a part of my relational universe.

After I graduated, I heard she had become a believer in Jesus. Her journey wasn’t easy, though. Drugs and the old life did reach out for her… but they didn’t get her. A mutual pastor friend mentioned her journey now and then, and she’d told him I had played a major role in her journey. Frankly, it surprised me. The Mystery had played a role; I’d just been along for the ride and willing to be used, almost without my knowledge.

Years later, when I was no longer so young, I went home for a visit to my folks. I met Maggie, no longer recognizable, in the town’s lovely park. I was shocked. She haltingly explained to me how cancer had ravaged her body and mind. Her head was bald not just from chemo but also because of numerous and ongoing operations she’d endured. Scars… the scars of life, of disease, of mortality; she wore them bravely and beautifully. I tried to tell her so. I think she knew I cared. I remember asking God why she had to suffer so much more than I had suffered. He answered as He always does. With a silence I know as his way of speaking.

Maggie died not long after that, slipping into the arms of the Mystery who — despite my incredibly frail self — touched her that day in our high school hallway. Forgive me if I find a certain glory in the fact that Love’s mystery may have moved through me. Forgive me, Mystery, for all those times I have not allowed you to move through me.

The years sift down, but love’s altars are the remembered places the heart goes to touch God’s face. Thank you for Maggie. Thank you, Beloved Jesus, for all the Maggies… waiting to be loved.