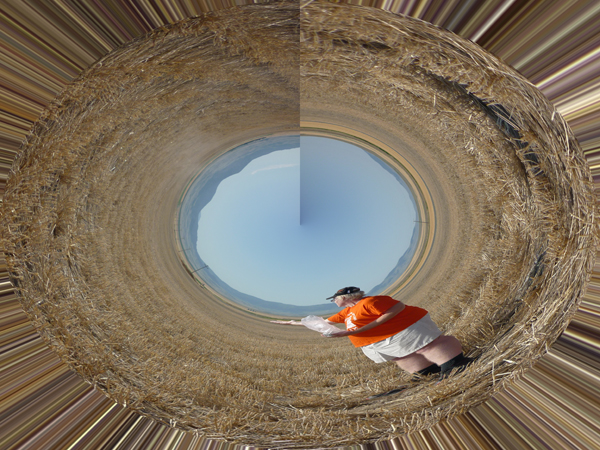 A few years ago, in response to an illness, a doctor gave me a powerful anti-biotic called Factive. The cure was worse than the disease. I ended up on my bathroom tile floor, racked with pain through my entire gastro-intestinal tract. And in the midst of that pain, the worst physical pain I’ve ever known, I found myself praying that God forgive me for whatever I’d done to deserve such punishment. My mind knew that was not good theology, and that my pain had not been caused by God but rather by a drug which manifestly was not one I’d ever be taking again.

Returned to a non-pain state (and to a more sane one), I could laugh about my rather infantile prayer. But after laughter came other thoughts, not the least of which is how my pain distorted my ability to apprehend the love of God and what I knew in my deepest heart was true.

In my life, physical pain has not been the worst kind of pain. Rejection by others, real or perceived, left the deepest and most long-lasting pain. And that pain is present with me even now, in some cases decades after its infliction. If I discuss certain events in my life, I find myself emotionally distraught, tearful, with an aftermath of exhaustion and depression. Prayer, hugs from my wife and other brothers and sisters here at JPUSA, and time all help to restore me to a better place. But that pain walks with me as an experience never entirely out of the present tense.

I interpret my pain, as I suppose all human do. That is, I read that pain into my own story. And I read my story through that pain.

Now, this isn’t wrong. My pain is part of my story and at times has even defined the direction of that story, of my life. But it is a dangerous thing to interpret one’s pain through one’s story and one’s story through one’s pain. What I will call “Pain Distortion” is complex and subversive as far as attempting to arrive at a more accurate self-knowledge is concerned.

What if my writhing on that bathroom floor had not been an experience which ended after around eight hours? What if that pain had continued? How would I have regained my mental and spiritual equilibrium? I shudder to think.

As Walker Percy’s Will Barrett discovers in The Second Coming (a novel not about Jesus’ return but rather about a man’s self-discovery), pain can make theology irrelevant. When Barrett descends into a cave in a misguided attempt to force God to reveal Himself, he is suddenly beset by a bad toothache.

How does one ask a question, either a profound question or a lunatic question, with such a pain in an upper canine that every heartbeat feels like a hot ice pick shoved straight up into the brain? The toothache was so bad it made him sick. He vomited.

Now, of course Percy is playing with both Sarte and Kierkegaard in the above quote (and to a degree in his entire novel). But my own homely takeaway here is that real pain submarines our ability to think clearly, to reflect and ponder, to wait from a word from God (or from others for that matter). We’re too busy holding back a scream.

But of our story being affected by pain… there is a decision we make. What does the pain itself mean? What is it telling us about ourselves, about others, about God (if we believe in Him)?

For me pain is one of the great validators of Christianity’s Gospel narrative. Jesus took on human flesh, and by so doing, took on pain even as he healed others of it. He got circumcised and screamed like any other little guy whose equipment is cut. He of course suffered the whipping and then crucifixion. And in between he suffered that other kind of pain, the kind of pain I find has tinctured my own life. He was rejected by men, this one man who of all should have been the most beloved.

But in my pain, I doubt. I at least fleetingly doubt everything my life, the Words of Scripture, my wife’s beautiful life and the faithful witness of other Christians near to me, have shown. I doubt because at that moment, all that knowledge does not remove the reality of the pain I am feeling. I remain rejected by some whom I love. And there is nothing I can do about that, therefore nothing I can do to escape the pain. And so I am tempted to a sense of futility and powerlessness which in turn leads to a temptation toward embracing functional nihilism — there is no God nor any “true” truth. Just whistling past the graveyard until it is your turn to stop whistling.

History itself, however, provides me with the slave narratives of both Old Testament Israel and African-Americans. I am haunted by the pain of others, pain which stands like an Everest next to my white male ant-hill. And astonishingly, I find in both of those narratives people who often turn toward God rather than away from Him. The black spirituals go right through my skin and bone into my psyche and burn like holy fire. And Martin Luther King’s astonishing moment as he utters his own epitaph yet also sounds a note of triumph — “I have been to the mountain top!” — echoes that Old Testament patriarch who led his own people from bondage and suffered rejection by them for his pains on their behalf.

No, we mustn’t let pain rob us of faith.

Some pain, it must be admitted, is self-inflicted. And it is this sort of pain, the kind of pain that leads those with it to diminish God’s people and even God Himself, I find most suspect. It is just as Blaise Pascal once wrote:

Man is only a subject full of natural error, which is indelible without grace. Nothing shows him the truth, everything deceives him. These two principles of truth, reason and the senses, in addition to the fact that they are both wanting in sincerity, reciprocally deceive each other. The senses trick the reason by false appearances, and gain from reason in their turn the same deception with which they deceive; reason avenges herself. The passions of the soul trouble the senses, and make on them false impressions. They lie and deceive, outvieing one another.

The senses, of course, excite desire. As James observes, “Temptation comes from our own desires, which entice us and drag us away. These desires give birth to sinful actions. And when sin is allowed to grow, it gives birth to death.” And C. S. Lewis in The Problem of Pain observes how our sins not only cause us pain but others pain as well: “Every uncorrected error and unrepented sin is, in its own right, a fountain of fresh error and fresh sin flowing on to the end of time.”

Death is not something which occurs all at once, unless we are talking about physical death. Spiritual death is a slow dying which takes time. And as we die spiritually, we will feel pain. Not always — no, oftentimes there is a sort of ecstasy in (I speak as a fool) “escaping” God and God’s commands. But that ecstasy does not last. Observe the addict. Is she happy? Fulfilled? At peace with herself in a deep and lasting manner?

There is pain here. Self-inflicted pain. And it requires an explanation for the person experiencing it. “Someone,” I am fond of muttering, “must be blamed.” Blame the Christians. Blame your parents. Blame God. Blame anyone but oneself. The pain is real, and therefore must be diagnosed… but not by anyone but yourself. So the foolish say to themselves and reap the benefits of their own counsel.

No, pain must be understood through what we know to be true when the pain is not as present as it is in our present moment. When Jesus in his moment of most supreme pain cried out, “My God, My God, why have you forsaken me?” he was even in that moment praying to His Father. He remained true…. and His Father did not deliver him from the pain and horror of that cross. But His Father did raise Him from the dead, and in that raising also raised us if we would but believe. “Into your hands I commend my spirit.”

The sinful pain, self-inflicted, will given enough time produce numbness, a spiritual deadness indicative of the true definition of “reprobate.” Leprosy is a disease that stops pain — one does not feel pain when injured, for instance. Dr. Paul Brand, pioneering researcher into leprosy and a fervent Christian, treated lepers for decades. His take? “Thank God for pain. If there’s only one gift that I could give my leprosy patients, it would be the gift of pain.”

Life must not be lived as a long exercise in escaping pain. Rather, it should be lived fully, exultantly, rooted in the Love of God and love of others, refusing to be defined by pain even while reaching out to others to heal or be healed. All of us have gifts of healing, one perhaps mere words (my usual role) and another the grace of touch, of hospitality, of scientific discovery.

No one should seek pain. It does not equate with being “spiritual” as some of the old ascetics believed. But neither should comfort — the lack of pain — be our plumb line for living. Love is the calling and the One Who calls. “Take up your cross and follow me,” he says. And that too is a part of our story…. if we allow it to be.

But as an older man, acquainted not only with my pain but also the far more serious pain of others — pain the brave and faithful endurance of which astonishes me and causes my heart to ache in humbled shame — I must end on a slightly different note than the younger me would have done. Jesus does not promise us the same amounts of pain and suffering He underwent. Quite the opposite, I suggest. He does promise us a path which is narrow… yet he also promises us The Comforter, the Holy Spirit, whose strength (Paul says) is perfected in our weakness. Jesus Himself wants us close to Him. And so the Atheists in one small sense are right. We do draw comfort from our beliefs…. comfort which as we live out our faith becomes more and more obviously rooted in the Real Story of each of our stories, our lives, our existence in a world and a universe created by the God of Agape.

All pain will one day flee away. One day every tear shall be dried from my eyes — and from yours. One day we will be held in the arms of God. And frankly, I personally don’t care what happens after that. I just want to be held, comforted, loved, in the arms of a God who despite his Infinite Majesty and Power deeply desires to know me and be known by me!

Until that day, I will know pain and walk with pain and exist in pain. Some days more, some days less. But I will also exist in joy. And that joy, unlike pain, will exist for all eternity between the Triune God and those who love him.