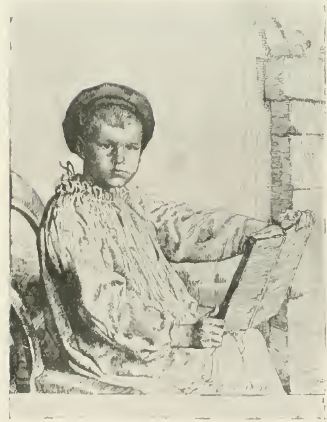 Parallels to drug addiction are partially correct, but not entirely:

The consequences could be dramatic [….] a generation of risk-averse guys who are unable (and unwilling) to navigate the complexities and risks inherent to real-life relationships, school and employment.

Years ago, when working on an article for JPUSA’s Cornerstone Magazine on cocaine addiction, I read the studies done involving monkeys wired with a button which dosed them with cocaine every time it was pressed. The monkeys pressed the button until they died.

Zimbardo and Duncan’s observations include studies done with rats rather than monkeys. In those studies, dating back to 1954, each rat’s limbic system (the pleasure center of the brain) received shocks every time the rat wandered to the center of its cage. The experimenters thought the rats would avoid the center of the cages, thinking the shocks would be unpleasurable. Wrong. Like the monkeys, the rats zapped themselves again and again until they drew near the brink of death. Are we smarter than rats? Yes. But are we smart enough not to in this case imitate them? No. The online images stroke our pleasure center and for some of us at least prove to be as potent as those shocks were to the rats:

This new kind of human addictive arousal traps users into an expanded present hedonistic time zone. Past and future are distant and remote as the present moment expands to dominate everything. That present scene is totally dynamic, with images changing constantly.

I cannot (or rather will not) describe here, for obvious reasons, the actual contents of pornography available on the internet. But nothing that is physically possible is excluded — and by physically possible I am talking about acts often outside any equation of tenderness or mutual pleasure. How will someone whose mind has been filled with such images go then to their marriage bed and love their spouse the way the lovers of Song of Songs loved? How will they ever experience as single persons the longing sexually that is part and parcel of a deeper longing to share all aspects of another person’s life? Wholistic sexuality is part of a relational fabric involving others in a web of interdependent love.Sex snapped off from mutuality-based relationships in the end is not only frustrating; it is the worst form of solitude.

But that’s all the usual preacher’s dribble. So how about this? The terrible reality about porn is that its influences are not simple, but complex and far-reaching. The way we talk to one another in our day and age, the overtly sexual content of many insults one human offers another, the violence of our culture, even the vicious tone of political discourse in this country, how much of it all has been influenced by the relentlessly non-relational and objectifying power of pornography? That power says this: “I am the center of my world, and my pleasure is paramount. Others exist to please me, to become apparatus in my pursuit of what pleases me.”

Porn’s effects, then, may not be just sexual, or even primarily sexual, in nature. How do I see another human being? Martin Buber’s famous formulation of the “I – It” vs. the I – Thou” relationship…. is it really hard to see which one of the two pornography and pornographic violence (that found in many video games) encourages? How far such I – It thinking goes in affecting the mean (cruel and small) world we inhabit today cannot be over-estimated.

Paul writes to the Philippian church: