Up late at night, perusing face book and then a feminist web site and then, these thoughts of my own…

I’ve yet again been reading about 2nd Wave Feminism and its (usually) anti-porn stance vs the 3rd Wavers’ usually pro-porn stance.

One phrase from Naomi Wolfe (a third-waver with second wave sensibilities) stopped me in my tracks: 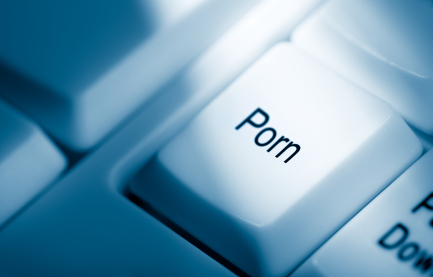 Think about that. Think about the images we see on TV even during prime time, images that even during the wild sixties would have been considered disturbing. Think about our harsh criticism for the way women are disempowered in other nations where they are forced to overdress… yet in our nation they are treated in a manner so extremely the opposite that the end effect is nearly identical. The woman becomes quite literally an “it” — an object — to be at will sexualized, posed, tweaked, transformed into pixels (untouchable, unknowable ghosts).

So we stare at one another as objects, yearning to be seen as persons. This is hypocritical, of course, and insanely Narcissistic. Sex as wallpaper means it is no longer anything personal. “In porn the biblical fig leaf has been moved from the loins to the face,” one writer said. The Afghani woman with only her eyes showing… risking a beating if she allows any other part of her body to show… exactly how much more is her objectification than that we regularly see and (with our mouse clicks and dollars) patronize here in America and the West? And is her culture’s harshness in part a reaction of human beings to something in “The World’s One Remaining Superpower’s” culture they deeply sense is evil and to be resisted? Oh, isn’t that a twist!

A 17-year old’s slam poetry underscores our culture’s sickness and her own struggle to free herself from it:

And all along, we yearn for more. (Oh, here comes his religious shtick.) Yes. We yearn to love and be loved. What else is there? The culture itself corrupts our ability to find or to maintain such a love, yet we treasure this culture as “the American way.” Televisions worst offender, FOX, manages to tout going back to “a Christian America” even as it pimps and pumps and objectifies human beings to create profits. Mass media feigns horror at the abuse of children or rape of women yet provides the raping message both before and after the indignant talking head comments on the sex crime of the day. This is a deep, deep illness.

We have to look at our sickness and understand it to even begin to try and find a cure. I believe that cure is found in Christ — not in just a prayer but in a walk that lasts a lifetime. You may not. But whatever we believe, is this really the best we can do? I think not.

*Daniel Amos (a.k.a. The Swirling Eddies) in the song “Attack of the Pulpit Masters”