Reinventing Ourselves: An Act of Despair or of Faith?

We all are in a process which in effect is a constant growing, even re-inventing of ourselves. That can have a good side if the reinvention builds upon what is right and good and lasting (I’m thinking for myself of my Christian faith). But reinvention in our culture is sold to us as imperative. Beware the life narrative that starts over and over yet never gets past chapter two or three…. that is self-deception.

Consumerism — which we all will bemoan even as we run to the trough of consumption to stick our snoots in for more corn husks — is a huge driving force for this. Since I already probably sound like a fundie preacher, I might as well go all in…

Take a look at how we dress and encourage others to dress, celebrating those who dress least modestly with the greatest praise (as long as they are young and beautiful, that is… let an older person dress immodestly and we use them as the butt of our jokes). As someone once said, “We have removed the fig leaf from the loins and put it over the face.” The true inward defining nature of humanness is all but lost. And again, we give this loss lip service, bemoaning it. Then turn around and pay money for entertainment that demeans both human beings and God.

We try on new identities like trying on new clothes, seemingly unaware that it cannot work. We are organic beings, with histories of great specificity. Christianity does promise a New Birth… but it does not promise to erase our past as though it never was. If we were molested as children, that scar remains upon us (though God will bring such healing). If we have raged at our wife and even struck her with our hands, the New Birth is a new possibility, not a guarantee, that such behavior stop. 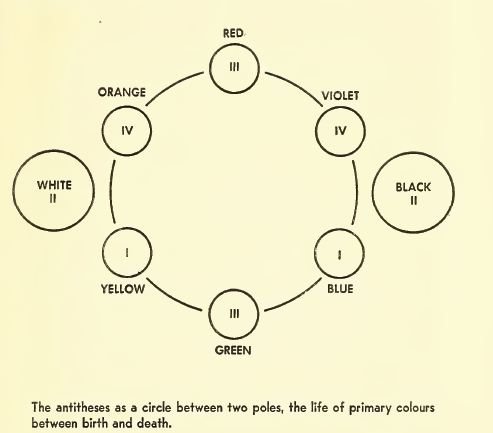 Walker Percy touches on this in his novel “The Second Coming” (and no, it is not really about the end of the world at all, though it is about the human Self in a wonderful way). He has one character observe that America is a land where no one really believes anything, which explains the massive multiplicity of beliefs available. All are viewed as consumables, as (tipping the hat to another Catholic writer, Gabriel Marcel) “opinions.” Opinion does not require allegiance; opinion can blow this way today, that way tomorrow. It is a one-word definition for double-mindedness. Opinion costs nothing because in the end it is nothing.

Christ takes all we will surrender to him, and rather than destroy our history and our roots, he redeems them. This is beautifully illustrated by C. S. Lewis in The Great Divorce, where (as one case) a man tormented (but in love with) a small lizard upon his shoulder is confronted with the command to let a heavenly being kill the lizard. (The lizard represents lust, but could just as well represent any life-dominating sin.) When at long last, after many false starts, the one tormented finally allows the heavenly being to slay the lizard, instead of just dying the now broken-backed lizard arises to new life as a stallion, which the former victim leaps upon and rides away in great joy.

Reinvention is either an act of naivety (and thus despair) or faith. To quote my friend Glenn, “Too many human lives are about rearranging the chairs on the deck of the Titanic.” All our reinventing can become little more than that, a rearranging of what already is rather than a radical break which admits what is yet cries out in faith for that which is not yet.

Believing in Christ is an act of faith, an acceptance of the reality that we in truth *cannot* reinvent ourselves, that in fact we do not really know who we are. This age, with all the changing of roles and masks for different roles and masks, should at least teach us that much. God must be the Reinventor, just as he was our Creator in the beginning. And our act of faith consists in just this: placing our entirety at His command, in his hands, at his service. In ourselves, as the Scriptures tell us, we can do nothing. In Him, everything is possible.

Jesus is the burning center of a coming reality, a reality in which all selves will be whole and loved and loving. The Kingdom of God can be established within us even today, even this moment. Jesus waits for our allegiance, more patiently than we can ever imagine. Even our doubt and fear will not prevent His love, he waits only for our yes. “Come to me, all you that are weary and are carrying heavy burdens, and I will give you rest. Take my yoke upon you, and learn from me; for I am gentle and humble in heart, and you will find rest for your souls. For my yoke is easy, and my burden is light.” [Matthew 11:28-30 NRSV]

Even now, he waits for us. For me. And for you.