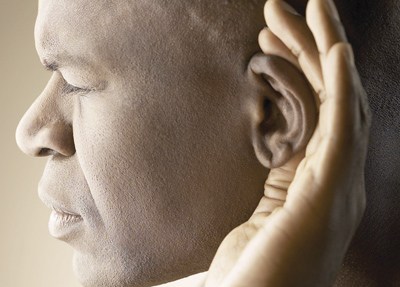 “All the natural movements of the soul are controlled by laws analogous to those of physical gravity. Grace is the only exception. Grace fills empty spaces, but it can only enter where there is a void to receive it, and it is grace itself which makes this void. The imagination is continually at work filling up all the fissures through which grace might pass.” –Simone Weil, Gravity and Grace

Obedience is an offensive word. First things I think of in connection with obedience might have to do with dog training school or maybe a man screaming at a cowering woman “Just do what I tell you to do!”

I think I’m not alone in this. Doing a web search on the word “obedience” or “obey” brings up everything from vaguely creepy bible study plans on how to have obedient children and wives to photos of Occupy folk letting the powers that be know “We Will Not Obey!”

The key element in the various ideas on obedience seems, at least in part, to be about volume. Noise. And volume is about power. Either asserting it when you have it or obtaining it when you don’t have it…

Which brings me to God.

God has it. Power. He IS Power. I mean, God spoke all creation into existence — BIG BANG! — with a word. Perhaps something as simple as “Be.”

Whatever the word was, I wonder if he whispered that word.

You see, one thing that has always troubled me about God is how quiet he is. Oh sure, his spokespersons are plenty loud! But God Himself, not so much. Elie Weisel writes in Night about that silence in the face of the horrors he suffered in a Nazi concentration camp… and it shook, perhaps destroyed, Weisel’s faith. God’s silence is one of those things that folks who suffer (or who deeply empathize with others’ suffering) tend to be bothered by.

But I’m not doing theodicy today… I’m trying to suss out obedience. I think God isn’t silent; He is talking to us all the time. But he talks very, very quietly, and almost never demands that we listen to him. We have to consciously decide to hear him. And to hear him at least implies we must be willing to believe He is speaking to us. And to believe He is speaking to us suggests we ought not only listen, but obey, because He is worth — trustworthy — of our obedience. At least that’s how it seems to me.

Imagine — and I don’t actually think we can imagine — existing as a Person with infinite power and knowledge and absolute goodness. Imagine creating beings that, rather than being puppets or robots, truly mirror aspects of our own ability to creatively determine their direction. Then imagine that these beings, individually and collectively, determine to walk away from what is truly good and right and instead pierce themselves with all sorts of sorrows and hurts. Imagine watching them do so, waiting (perhaps in vain) for them to realize the emptiness and destruction in the path they’ve chosen.

How do you win them back? The power differential between the Creator and His created beings is infinite. The wisdom gap, likewise. Any direct attempt to get these now-fallen-from-grace beings’ attention seems to end in disaster. God shows up as a pillar of smoke, then fire, day after day. Israel whines about the food provided. God pours out his blessings on his Chosen People and they choose hand-made idols of dirt and wood and stone over Him. God sends men and women who love Him to warn the people of their need to turn back — to repent — and the people imprison and even murder these voices from God.

And then God sends his only begotten, the God-Man Jesus. And this sending is history’s strangest whisper. Oh, yes. There are angels. But the angels appear to invisible outlying people, motley shepherds. There are wise men. But the wise men receive their knowledge from the arcane stars and, once the babe receives their gifts, they vanish once more into the silent night.

Jesus’ public ministry begins with John the Baptist’s “evidence” regarding a Word from God about a dove descending, and then (at Jesus’ appearance where John is baptizing) seeing the dove descend. But where is this? A lonely pool in the desert. And what sort of “evidence” is this? From a man wearing animal skins and claiming to somehow cleanse folks of their sins via having water poured over them. Whispers. So easily ignored, even mocked, these tales from long ago.

There are the more visible, flashy miracles. But those seem to harden attitudes against Jesus rather than otherwise, determining those in power that it is time for Jesus to be killed.

And what of the disciples? God lays his heart open to such a tiny initial number, there with the twelve and the trusted women in the Upper Room. He tells them about love, and about suffering, and about a gift of the Holy Spirit he will send when (as He must) He leaves them. And even now, even here, their ears don’t really hear what he is trying to say. In the garden he pleads for company in his suffering, but they again cannot hear this most revealing cry of all, the cry of God as Man abandoned. One disciple betrays him, another denies (multiple times) knowing him. The rest run away.

God whispers. And breaks our hearts if we dare to hear him. His love is too much, his compassion too great, his empathy for us so utterly without judgement even as he says “Follow Me”…. We are utterly humbled, stripped of all pretention, in the Presence of this singular Grace.

God wants us to hear his whisper. To heed His quiet voice. To trust Him utterly. To, through our obedience to what we have heard in our inmost heart, love Him. He will not force us; the differential between a limitless God and a mortal being limited on all sides is simply too great. But we are not mere mortals; we are, like God, moral beings. In our heart, our inmost self, there is an inner ear that hears His Voice and knows He is Love and knows His Way rather than our own is Right.

We read the Gospels, and we hear his whisper. Clear. Cutting cleanly to the heart of us.

We watch another Christian, forgetful of herself, joyfully caring for the homeless in Christ’s name. We hear God’s whisper. “As you have done it to the least of one of these…”

We listen to a mediocre preacher stumble over his jumbled ideas, then are riveted to the pew as he reads from the Sermon on the Mount. “Blessed are the merciful, for they shall obtain mercy.” We hear God’s whisper.

We encounter the absence of God in our own lusts, our own pride, and in the midst of that darkness find ourselves crying out for rescue. We discover our own complete helplessness, and in that helplessness hear God’s whisper.

It is a terrible thing to clearly hear that voice and know that as quiet as it is, as seemingly voluntary as our response is, we only have two choices: obedience or disobedience.

Do you hear God’s whisper?