Why Are So Many Men Weiners? A Ten Point Checklist 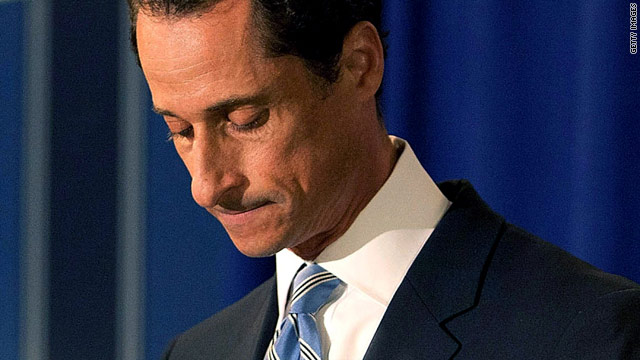 So. Anthony Weiner is in the news again. The first time his sexting scandal made the news, I began writing this column but stopped in order to adopt a gentler tone. This time around, after it was revealed he continued sexting and sending nude photos to various women well after the initial scandal cost him his job, I have decided to go ahead with this more straightforward approach.

Why Are So Many Men Weiners? A Ten Point Checklist

We think: women want to see our body bits. Really, guys? The male genital may be an avenue of pleasure or even intimacy. But it is not a visual aid. Seriously. Wake up, smell the coffee, women are not one one-hundredth as turned on by bulging biceps (or briefs) as they are by kindness and graciousness. If you think otherwise, you are stupid. It’s okay to love the way God made us; awesome! It isn’t okay to worship the poor thing. We ought to think: I’ll save the visuals for my wife! (And even there, our wife may find peacock-like displays far less interesting than kindness, tenderness, and a vital interest in her whole person sexual and otherwise!)

We think: sexually lewd humor by others is permission to be sexually lewd ourselves. Sorry, guys. Sexually lewd jokes may make some people laugh (not all of us!). But they are not a green light to talk, text, sext, or inappropriately physically touch someone else. They are of course the seed-bed for such behavior, and that’s why I’d strongly suggest avoiding such so-called “humor’s” influence by just walking away from it when it starts. We ought to think: what someone else says is their responsibility but what I say — or listen to – is mine.

We think: online chatting and email flirting is light fun. Yeah, ask Anthony Weiner, Mark Sanford, Mark Foley, and the thousands of other men and women who’ve seen exposure of such conversations lead to relational strife and (often) divorce. It is unfaithfulness to one’s mate to engage in flirtation with anyone else. Flirting leads nowhere a responsible human being wants to be. We ought to think: Any personal relationship I have my wife should be a partner in; no non-marital sexual communication should take place between me and anyone else via email, chat, skype, or any other web tool.

We think: no one will know! The privacy of our room and a computer screen offers the highly imaginary sense of being alone in what we type, photograph, and post. The reality is that the internet offers less privacy than almost anywhere else on earth. Wikileaks, anyone? We ought to think: potentially anyone and everyone will know!

We think: My sexuality is an extension of my personal power. Yep, I’m a feminist. But use your head before you reject this idea. Why is it that what we call “Type A” or/and “Alpha male” personalities seem so often extra-vulnerable to doing sexually stupid and destructive things to their own and others’ lives? Power is a rush. A rapist’s act is not wholly separable from the emailing of penile photos to a woman we don’t know. The two are connected by a thread of power — male power. With these emails, one asserts his sexuality through self-exposure of a wholly inappropriate kind. It can be and often is experienced by the recipient as an invasive, even violent act. We ought to think: Sexuality is not about my power — it is an ultimate form of vulnerable transparency to my beloved.

Related: A rape victim and member of JPUSA’s community started a unique ministry to other rape victims: “Theads of Compassion“

We think: Sex is about size. Sex is supposed to be about relationship — a wonderful secrecy shared by husband and wife. But sex too often is genital-centered, size-centered, thus allegedly an Almighty Producer of female pleasure. Yep, the same tired pornographic themes supporting the wishful male myths. For males especially, the idea that size is the center of the sexual universe often becomes relationally destructive–sometimes because we don’t think we “measure up” and other times because we think we’re super-studs. Stupid duds is more like it. We ought to think: Sex is about the body, the mind, the spirit, and our oneness as two persons in a mutually-shared life. Read the Song of Solomon, God’s book on the Erotic Life — not one mention of “size.”

Related: Mutuality in Bed – Jon Trott on Feminism and a Biblical Sexuality

We think: This will affect no one I love. Despite the pseudo-liberated who claim women shouldn’t be upset by male porn consumption, sexting, photo-sharing and the like, nearly all women who’s boyfriends or husbands do such things are deeply hurt and angry about it. Men don’t get it. “It’s no big deal! I was just looking!” Women do get it. “You were having sex with that woman.” Jesus, by the way, sides with the women. His commandent is what we ought to think: I say to you that everyone who looks at a woman with lust has already committed adultery with her in his heart. [Matthew 5:28]

We think: I can stop doing this on my own. Hmm. Ask Anthony Weiner, who after public exposure and the loss of his House Seat, plus an interview in People magazine where he said he’d stopped such behaviors, has again been exposed as having continued a year or more later to sext and send naked photos of himself to women! Accountability — confession to plus sponsorship by another — is where to start if one finds himself trapped in a destructive rut of behavior. It may be the behavior has taken on full-blown addictive properties; how well does it work for an addict to on his own get permanently sober? That’s right, it doesn’t work. We ought to think: Who among my friends, pastor(s), and other acquaintances not only can but *will* hold me accountable by regularly checking in with me on my struggle? (If you are married, accountability to one’s spouse should be a part but not the whole of your transparency/accountability structure.)

Related: Jerry Sandusky and the Sex Scandal at University of Pennsylvania.

Related: Sexual Predators and the “Othering” of Men

We think: I might like a little harmless fun, but I’d never do something stupid like that Anthony Weiner. Well, brother… think again. We ought to think: The fear [proper awe and respect] of the Lord is the beginning of wisdom. God’s created order included sexuality as an incredible gift, the most astonishingly beautiful bonding experience a human being may ever know. We are no better than Mr. Weiner, and should pray for him as we take this moment to inventory our own lives.